Back weighting of golf clubs (putting weight underneath the grip or inside the top of the shaft) is a subject that few professionals and fewer amateurs that even attend a golf academy know much about. However it can have a profoundly positive effect on the performance of your clubs.

One compelling reason for writing on this subject is that in recent months there have been advertisements on television where Jack Nicklaus has been endorsing the process of back-weighting. I’ve never heard him mention it during his years on the tour, nor until just recently. In 1977, I had the opportunity to spend some time working with Jack on his golf swing, and as a gesture of appreciation, he asked his personal club maker, Jack Woolcotti, to build a set of MacGregor irons for me. Mr. Woolcotti had his own private shop which was quite a fascinating place.

The first question, he asked, after we met was what specs I wanted on the set he was to build for me. Almost hesitantly (because I had never heard anyone talk about it before) I told him that I liked my clubs to have weight under the grips because I felt that a back-weighted club had better balance. He looked at me in astonishment and remarked “I can’t believe you said that – I’ve put extra weight under the grip on practically every club I’ve ever made for Jack Nicklaus – but I’ve never told anyone.”

What Can Back Weighting Do For You?

When a club is back-weighted, it feels more stable in the hands and moves more comfortably through the change of direction during the swing. If the club is too light in the grip, it is easy for the clubhead to leverage the hands out-of-plane if the swing is not in perfect timing. Having extra weight in the grip also helps to launch the club with greater speed at the point of wrist release coming into impact. My friend and student, Denny Schreiner, who was formerly with the Golf Channel, used to be president of a company in Akron, Ohio, called DNA Golf Labs.

The Science Behind Back Weighted Golf Clubs

A number of years ago, I asked Denny to do some testing on back-weighted drivers, which he did, and told me that each one he tested hit the ball nine to ten yards farther than without the back weighting. Back weighting clubs has become a popular topic in the golfing world over the past few years, even though it has been being used by many great players for decades. David Lee the inventor of Gravity Golf Academy has been experimenting with adding weight underneath the grip for the last 35 years to create a perfect balance for each club.

The bottom line is that there is definitely something to be gained from doing it. It can be done with lead-foil tape under the grip or with weighted inserts that go inside the shaft before the grip is installed. Check with a golf shop or Golf Academy that does club repair and get them to try it on one of your drivers. You might be surprised as to how good it feels.This is how many inches down the shaft to wrap the lead tape (not inches of lead tape)

Also Read: Simplifying Putting and If Your Golf Swing Is Hurting Your Body, It’s Also Stealing Your Power

Part 2 - Give Up the Insanity, #1 Lesson From The Golf Schools Florida 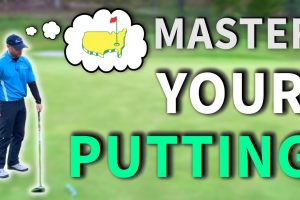 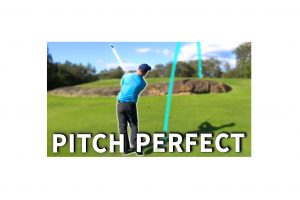 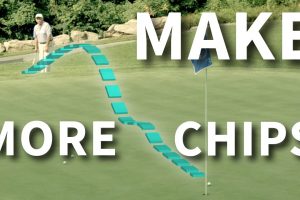